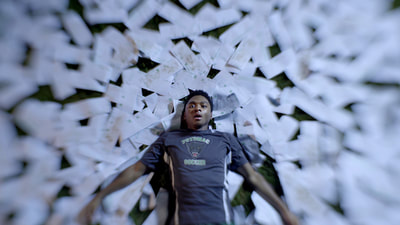 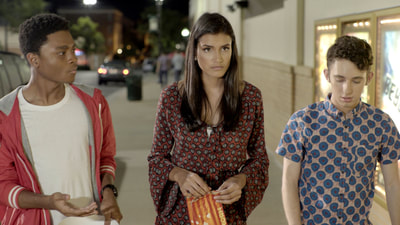 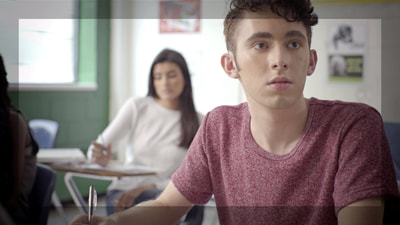 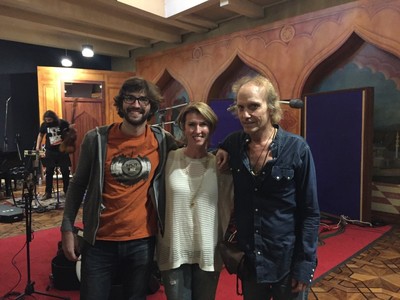 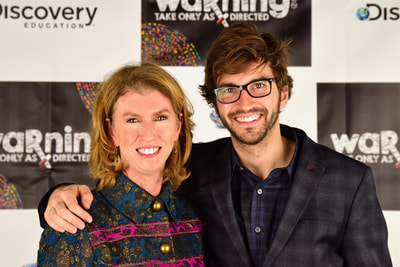 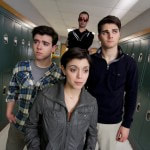 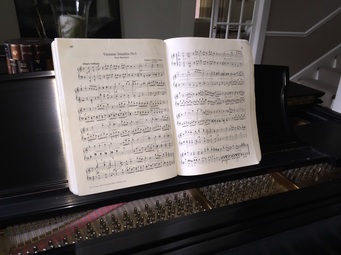 Our founder, Trish Glowacki, has been passionate about the performing arts since early childhood.  Like many people, her parents signed her up for piano lessons in first grade.  Almost from the beginning, Trish loved music.  She continued formal lessons for twelve years, playing in competitions for six of those years.  She was an accomplished player of Chopin, Beethoven, and Mozart.  Also, like many talented musicians she put aside the art to pursue an educational path that would lead to a “real job”. 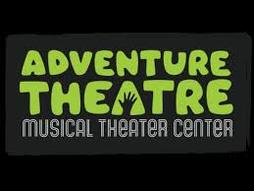 After acting for five years with the Picture Book Players, Trish joined the board of Adventure Theatre.  During this time, Trish continued pursuing her interest in the management of the theatre.  Adventure Theatre, in Glen Echo, MD,  has been in continuous operation for over 60 years.  Trish served as the President of the Board (who also served as the theatre’s Executive Director (2000-2002), then Chair of their successful capital campaign (Campaign for Tomorrow 2004-2007),  and then again serving a second term as President (2007-2009).  Having successfully led the theatre through years of great progress, Trish’s last big move was to transition the theatre from an all-volunteer management group, to a professional model, retaining the Theatre’s first paid Artistic Director and Executive Director. 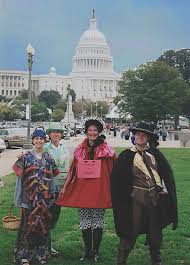 ​
​Shortly after leaving an active role with the Theatre, Trish lost her second son, Charlie, to an opioid overdose.  This devastating tragedy left Trish searching for ways to both handle incredible grief and honor the memory of her beloved son.  It didn’t take long for Trish to start thinking of writing a play to honor Charlie, as he was her “thespian”.   While researching content for the play, Trish realized what a significant problem the abuse of prescription medications had become.  Seeking to broaden the usefulness of the endeavor as a teaching resource, the play was adapted to a film.  Using this medium, the powerful message fit an educational environment with the potential to reach teenager’s across the country.

​Using her extensive experience in the performing arts, Trish set out to produce the film.  After meeting with other musical playwrights , she setup a team to compose the musical pieces.  Working with Diana Villamor, Darius Smith, and George Glowacki, Trish formulated a plan to produce the music with accomplished studio musicians from the Los Angeles music community.  This community included a childhood friend, Dale Fisher, an accomplished music producer, Chris Wonzer, and noted studio artists Paul Ill, Rob Larkin, Brian McLeod, and the keyboardist from the Foo Fighters, Rami Jaffee.  This resulted in the film's soundtrack SOUNDTRACK . 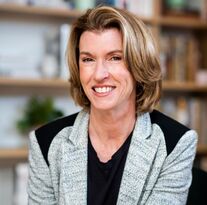 Trish Glowacki
Executive Director
Trish Glowacki is a filmmaker, writer and songwriter. Trish has written many short stories, screenplays and songs.  Her first musical, WARNING: Take Only As Directed, was adapted for the screen. The award winning film, presented by Adventure Theatre-MTC, has proven to be an innovative and effective tool for teaching teens, their educators, parents, and guardians about the dangers of prescription drug abuse.

As an actor, choreographer and director over the years, Trish honed her skills at Adventure Theatre. Her most notable acting roles include Little Red Riding Hood and Chicken Little. Trish has served on many different boards in the D.C. area and is involved with several volunteer organizations.  She graduated from Georgetown University with a Bachelor of Arts degree in English. 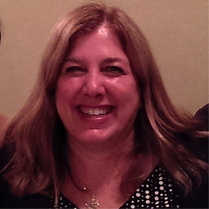 Andrea Hansell, PhD
Script Writer and Psychological Script Consultant
Andrea Hansell, PhD, is a licensed clinical psychologist with many years’ experience working with children and adolescents and their parents.  Dr. Hansell is also a published author of several short stories.  To date she has co-written and consulted on four glowmedia scripts.

​Andrea received her BA in Psychology and Creative Writing from Princeton, and a Ph.D. in Clinical Psychology from the University of Michigan. 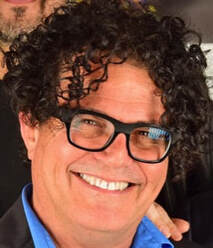 Dale Fisher
Music Director and Director of Community Outreach
Dale serves as Music Director for all glowmedia project films, working closely with the producers and musicians to ensure a seamless melding of the film and score. ​In a city where stars are expected to shine bright, burn out and fade away, the stars that shine steady are rare. Dale Fisher is one such star. He’s a well-traveled musician who has written and recorded with John Mellencamp, conquered the Los Angeles local scene, climbed a mountain of soundtracks, recorded and performed around the world, and even penned a commercial jingle or two. Fisher, an Iowa native, transplanted to Los Angeles after musical detours around the country and all over Europe.

As Director of Community Outreach for the glowmedia project, Dale taps into his marketing and communication skills to build bridges with like-minded organizations and school districts nationwide. He has cemented relationships with some of the largest school systems in the U.S.,  including LAUSD.  Building these connections has allowed the glowmedia project to reach students and their educators at a level that creates collaboration on current and future film projects. 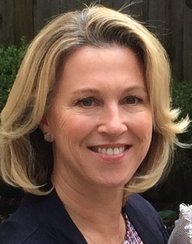 Beth Lemek
​Elizabeth (Beth) Lemek has been a community leader for over thirty years.  A mother of four, Beth began her volunteer career in Davenport, Iowa. She was involved with her children’s schools and local charities where she served on boards, and countless committees.  Beth and her husband, Brian, moved their family to Chevy Chase, Maryland in 1998.  Beth embraced her new local school and church communities where she continued to nurture her leadership skills.  Today, Beth serves on the Board of Directors of The Catholic Charities of DC/Maryland, and sits on the President’s Council. As a board member of Saint Ambrose University in Davenport Iowa since 2009, Beth has co-chaired a successful Capital Campaign and is currently co-chairing the Building Our Future Campaign which will fund a state of the art Wellness and Recreation Center on campus. Beth understands how important the right balance of academic rigor, physical and mental health, and social opportunity can be to college students today and for years to come. 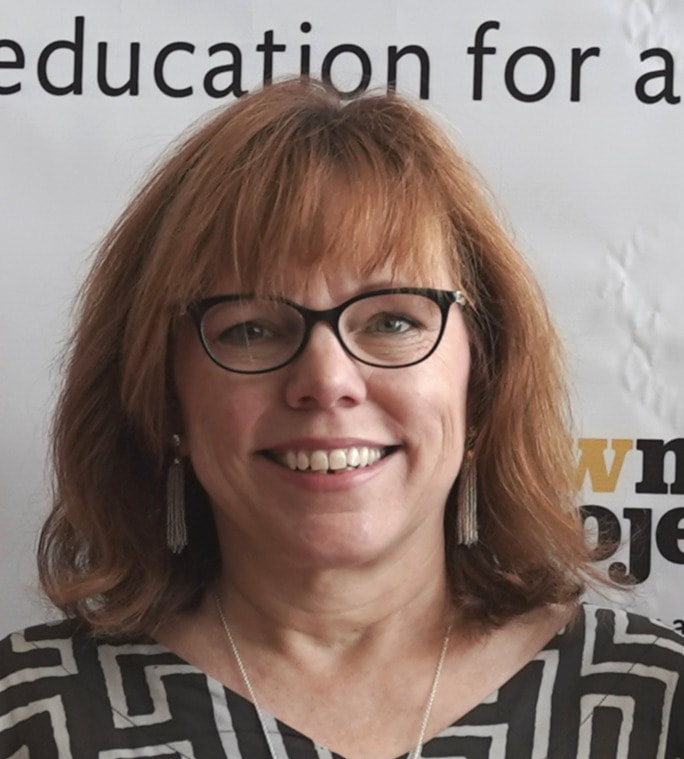 Susan P. Potter
Susan Potter serves as Chief Administrative Officer of The deNovo Initiative, responsible for all legal, contractual, operational, compliance, and human resources matters within the company.  Susan has over 25 years of legal experience in both the for-profit and non-profit realms.  Most recently, she has served as in-house counsel to two health care nonprofits in Oregon, gaining invaluable experience in the areas of operations, compliance, and risk management. Her experience in board governance matters is augmented by her volunteer service on several nonprofit boards of directors.

Susan earned her undergraduate degree at Wellesley College and her law degree from New York University School of Law.  After practicing law and raising her family in Washington, D.C., Susan relocated to Portland, Oregon in 2013.  She enjoys exploring the natural beauty of the Pacific Northwest and taking advantage of the theater, film, music, and other cultural opportunities available in Portland and Seattle. 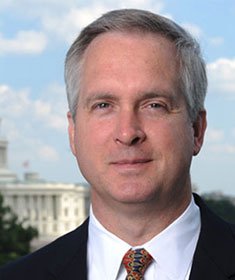 Matt is the CEO for the Global Teaching Project. The Global Teaching Project provides a scalable platform for extraordinary teachers from leading schools around the world to bring blended, advanced curricula to students everywhere.
​
​Mr. Dolan, an attorney, previously practiced law at major law firms in Washington, DC, Maryland, and Texas, was a director with a Washington-based consulting firm, and served as a staff counsel in the U.S. Senate.

In addition to his professional duties, Mr. Dolan has served in a volunteer capacity for many charitable, philanthropic, and public service entities. He has been an officer and director of the Todd Wagner Foundation since its founding over a decade ago; over that period the Foundation has donated tens of millions of dollars to various philanthropic initiatives, with a particular focus on expanding educational opportunity for underserved youth. For over 20 years, Mr. Dolan has been a board member of Archbishop Carroll High School, a college preparatory school operated by the Catholic Archdiocese of Washington that serves a highly diverse student body, including students from disadvantaged backgrounds; during his tenure, much of which was as board chair, virtually all the school’s many hundreds of graduates have gone on to college. Since 2005, Mr. Dolan has served on the board of the Archdiocesan Catholic Charities Immigrant Services program, which provides medical, vocational, and other support to recent immigrants and others seeking assistance. Mr. Dolan also served from 2003-2007 on the Maryland State Council on Child Abuse and Neglect, a gubernatorial appointment. 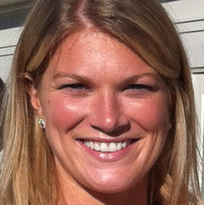 Catherine Ann Lemek, MSW, LCSW
Katie is a Clinical Social Worker at the McLean-Franciscan Child and Adolescent Inpatient Mental Health Program. The Child and Adolescent Inpatient Mental Health Program is a joint effort that unites the strengths of a premier mental health provider, McLean Hospital, with a nationally recognized leader in pediatric rehabilitation and special education, Franciscan Children's. The goal of the program is to work with each child and adolescent and their family to assess their individual treatment needs so they can successfully stabilize and transition to receive appropriate treatment for their mental health needs.

​Katie received her BA in Sociology from the College of the Holy Cross and her Masters in Social  Work from Boston College. Katie lives in Boston.