Advisory Board - Films and Music 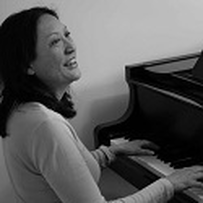 Diana Villamor
Montessori Teacher, Pianist, Music Teacher, Choir Director
​Diana Villamor has been immersed in music since she started playing the piano at the age of five. She holds a degree in Music Therapy, which has deeply influenced her work as an educator in the DC area for 25 years, both as teacher and administrator. Diana also teaches piano, guitar and voice; her students have gone on to write musicals and perform on The Voice. She currently runs her B & B in West Virginia, where she continues to teach and is keyboard artist with Douglas Falls The Band, whose Appalachian tunes bear a contemporary twist. Collaboration is a hallmark of her work and she has enjoyed composing the music with songwriter Trish Glowacki for Warning:  Take Only as Directed. 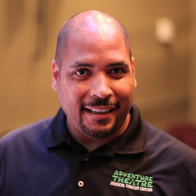 Michael Bobbitt
Arts Leader, Director, Choreographer, Playwright
Michael J. Bobbitt is the Artistic Director of Adventure Theatre MTC, since 2007. In this role, he leads, directs and develops the vision, theater productions, academy and outreach programs. Additionally, he co-leads the theater’s administration, fundraising, marketing, community engagement and Board relations. Under Michael’s leadership, Adventure has grown from a $450K Budget to $2.6M and grown its patron base from 15K to 80K annually, led the company through a merger with Musical Theatre Center in 2012.

​His national and international credits include the NY Musical Theatre Festival, Mel Tillis 2001, La Jolla Playhouse, Children’s Theatre of Charlotte, Jefferson Performing Arts Center, and 1996 Olympics. He studied creative writing and music at Susquehanna University and theater and dance at The Washington Ballet, The Dance Theatre of Harlem, The American Musical and Dramatic Academy and NY University’s Tisch School of the Arts (Cap 21). As a writer, his work has been accepted in the 2006 NYC International Fringe Festival, The New York Musical Theatre Festival. His new musicals, Bob Marley’s Three Little Birds and Caps for Sale appeared at the New Victory Theatre in NYC, toured Nationally and Three Little Birds received a Charles MacArthur Award Nomination for Outstanding New Play or Musical.

Michael has taught theater and dance at George Washington University, Catholic University, Montgomery College, Howard University, and the Washington Ballet. He is a member of the Dramatist Guild of America and the Stage Directors and Choreographers Society. He lives in Glen Echo, Maryland
with his partner Craig and teenaged adopted son, Sang. 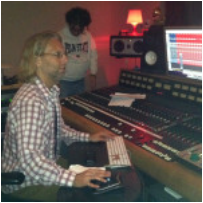 Chris Wonzer
​Chris Wonzer is a music producer who has been professionally involved in the business for over 20 years. In this time he’s worked in various capacities on over 70 major label releases (19 certified platinum) and over 25 indie records. He’s worked extensively with many other successful producers such as Linda Perry(Christina Aguilera, Pink, 4 non blondes) and Ron Fair (Christina Aguilera, The Pussycat Dolls) to name a few. He’s worked with artists like Christina Aguilera, Macy Gray, Enrique Iglesias, Black Eyed Peas, and many more in his career. Chris produced and arranged the music for Warning: Take Only as Directed